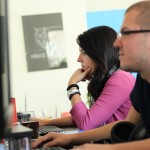 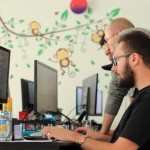 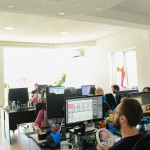 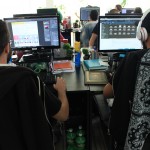 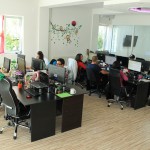 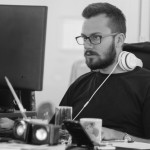 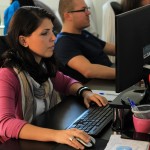 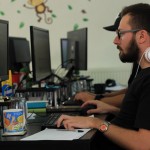 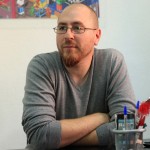 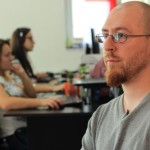 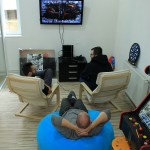 “I applied for the Programme as soon as I heard about it through some friends,” says Pance. “The course helped me refine my business idea even further and with the grant I was able to purchase enough computer equipment and printers to get going. It’s always difficult and risky embarking on a new beginning, the same way it was when I first went freelance, but I’ve learnt to live with these challenges and now I even believe that pushing oneself and always being willing to make new beginnings is one of the secrets to success.”

Just two years after Pance successfully completed the Self-Employment Programme in 2013, his Bright Box company in Bitola now employs a staff of 16 and works for clients all over the world, delivering cutting-edge web solutions in the field of direct sales, e-trade and insurance. The 16 employees work in three departments operating as a well-organized team, with everyone aware of their part in the company. With the average age of employees being only 25, the company has a young and laid-back but highly productive atmosphere resembling that of global internet brands like Google.

Pance‘s new position as an employer has given him a chance to turn his philosophy of constant evolution into business practice. “I want this drive for constant improvement to be part of my company’s culture,” he says, “with the employees learning and developing on a daily basis, keeping up with new trends in IT business and always looking for ways to improve our products and services. This is the only way forward – and we can do it because we’ve valued our staff and built up a great team spirit.” In the coming period, Bright Box will be focussing on further developing and formalising training for young professionals.

The aim is to develop the company into a centre for providing certified training courses. “Young people need opportunities to learn through doing in order to be properly prepared for real work tasks,“ says Pance, “and what we’re doing now is basically formalising the kind of training we’ve been giving our staff since day one.” The bright idea that was born in Pance’s small informal office as a freelancer is proof that entrepreneurship is primarily the result of determination to achieve a vision. And it is this belief that lies behind the Self-Employment Programme – a belief that giving young people a helping hand to achieve their business ideas can tap into a wealth of potential talent. That the Programme has succeeded can be shown by the figures alone: some 2,093 entrepreneurs below the age of 29 have been helped to start their own businesses since the Programme began in 2007, with a striking success rate of 75 per cent.