Success Stories Being your own boss

Being your own boss

Senat Demiri is Roma and lives in Shuto Orizari, one of the most economically deprived areas of Skopje. Mr. Demiri had been without a regular formal job for ten years when he first heard of a programme to help people start and run their own businesses.

“The idea of being my own boss was a big attraction,” he says. “So I decided to think of a small business that might work in my area and I came up with a carwash. There are other car-wash places in Shuto Orizari, of course, but I could see there was a demand for better quality. So I applied with a business plan that included buying cleaning equipment better than the competition.”

Mr. Demiri’s proposal was accepted as part of a self-employment programme. “I learned there’s a lot more to running a business than just the service,” says Mr. Demiri. “The trainers showed me how to cover the costs of marketing and future investments in my plan.” 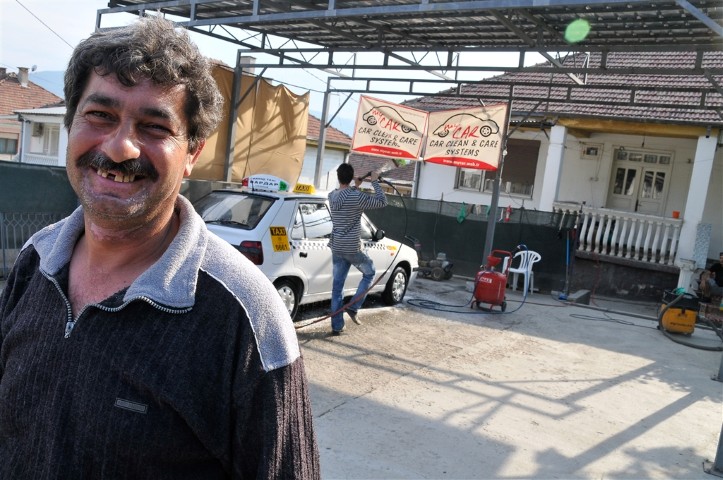 Mr. Demiri, and 5,000 others like him who participated in the self employment programme, benefited from the input of specialized consultants to help him refine his plan and put it into action. “The consultants [from the Agency for the Promotion of Entrepreneurship] saw exactly what I was aiming for and helped me focus on ways to compete with the other car-wash services.”

“With the new machines I bought with the grant I can attract a lot more clients because my customers can tell the difference in service.” Marjan Stojcev, head of the Agency for the Promotion of Entrepreneurship, says that they created a national catalogue of more than 300 consultants, with some 180 who specialize in making business plans – a valuable resource for finding mentors for those who want to start their own businesses. The agency, a partner in the self employment programme, has provided counsellors since 2005.

“Working with this programme is especially rewarding because we are helping unemployed people who have decided to take their fate into their own hands and experience the challenging but exciting world of entrepreneurship,” says Mr. Stojcev.

Many Roma, moreover, have suffered from long-term unemployment, with 70 percent of young unemployed Roma reporting that they have no work experience at all. The majority of employed Roma are in unskilled or semi-skilled jobs and many of these jobs are irregular, temporary and part-time.

The self-employment programme is one of many ways in which the Government and UNDP are supporting efforts to address the problem of unemployment and irregular employment among the Roma. Over 30 percent of people in the former Yugoslav Republic of Macedonia are unemployed. Almost a third of those currently out of work have not had a job for eight years, and more than 25 percent are between the ages of 15 and 29.