Success Stories Making the most of the tools of the trade

Making the most of the tools of the trade 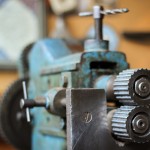 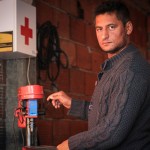 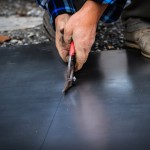 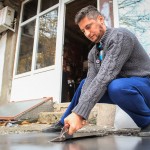 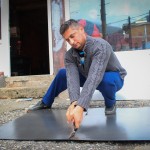 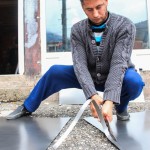 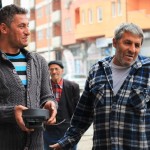 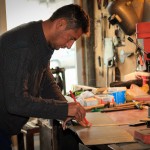 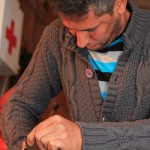 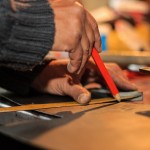 „It‘s impossible to find a newly built house in Tetovo where Seat hasn‘t been called in to do some work. Gutters, roofs, ledges, done in high quality and fast. You won’t go wrong with him” – that’s how Mustafa Bajrami, a satisfied customer, starts the story about craftsman Seat. Seat Shaquiri graduated from a vocational secondary school in Tetovo before deciding to continue his family’s tradition and follow in his father’s footsteps as a tinsmith. He worked in this trade for some 17 years before finally deciding to formalise the business as an officially registered company.

It was not until he learnt about the Self-Employment Programme that Seat finally decided to take the leap. “I heard they could help you with the basic financial management and administration side,” he says, “And the possibility of getting grant money was an added attraction because it would help me improve my services.“ Seat applied in 2013 and attended a 2-day workshop at the Employment Centre in Tetovo.

The trainers and business mentors at the workshop soon allayed his fears of management, working closely with him to knock his business plan into shape and building his confidence to tackle the initial challenges of setting up a company. “My employment mentor really helped and encouraged me to persist,” he says, “And I’ve kept on making the most of all the services that the Employment Centre offers since I set up SMA in 2014.”

“Despite all my experience I was very worried about managing an official company and keeping track of the finances,” he says, “let alone the idea of having a proper marketing and promotion strategy. But I did want the security.”

Only a year after opening SMA, Seat now plans to expand the business by employing more metalworkers at his 40 m2 workshop, enabling him to take on the bigger orders that are coming in. “I’m also trying to generate more business, not just in Tetovo but across the region, by developing a website for the company. I never would have thought of doing this before. But now I want to develop both as a craftsman and as a businessman.“

Seat Shaquiri’s metalworking business in Tetovo, SMA, provides a typical example of how the Programme facilitates such formalisation of small existing businesses, leading to greater security for the owners of these new companies and releasing their potential for growth.