Putting bread on the table 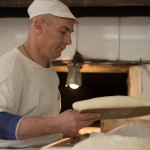 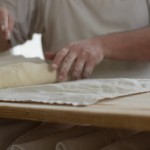 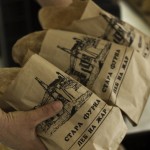 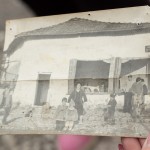 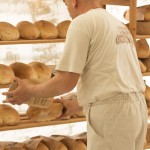 Everyone in Prilep knows Grandpa Dimce’s ‘Old Bakery’. It was the town’s first bakery. It closed in 1975 but for decades people still reminisced about Grandpa Dimce and his original recipe for homemade white bread—so tasty and perfectly baked in a specially designed wooden stove almost a hundred years old.

“We heard about the Self-Employment Programme a couple of years ago and my brothers and I decided to apply and use the funds to buy flour and bring the bakery back to life,” says Vlatko Apostolski, one of Dimce’s grandsons. “We’d always wanted to run the business and revive our granddad’s secret bread recipe. The Programme made it happen.”

“Things moved really fast,” says Vlatko. “Grandpa’s old customers were the first to come back, of course. Then the word got around and new customers started coming. At first we thought we could do all the work on our own as a family, but the demand just grew and grew until we had to take on more employees. Our sales window is open 24 hours a day, seven days a week. Today we’re producing about 4,000 loaves a week and we’ve got 32 employees working in three shifts.”

The Old Bakery now provides fresh bread to all the small markets in Prilep. But the plans of the Apostolski family don’t stop there. In a few months from now they plan to open a new bakery in a town suburb. “We’ve bought premises of about 6,000 m2 in one of Prilep’s industrial zones where we’re going to build a new bakery with three or four bread ovens,” explains Vlatko. “All of the new bakeries will continue to use Grandpa Dimce’s traditional method of baking in wooden ovens.”

“Our programme focuses on transforming unemployed people into successful private-sector entrepreneurs,” explains UNDP Resident Representative Louisa Vinton. “The runaway success of the bakery shows not only that traditional family businesses can thrive on the market but that, once they find their niche, they can even make the leap into mid-sized companies. One family has multiplied its energy and skills into secure livelihoods for dozens of other families.”

The Self-Employment Programme was designed to reduce the country’s high unemployment rate, which currently stands at 28%. UNDP has implemented the programme on behalf of the Government since 2007.

In the past eight years, more than 7,650 people have received coaching, training and start-up grants to start their own small businesses. 30% of these self-made entrepreneurs are women, and 30% are young people. Over 70% of the small businesses created since 2007 are still active today—a remarkable success rate for start-ups.