Success Stories A passion for fashion

A passion for fashion 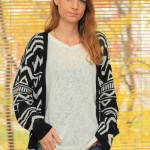 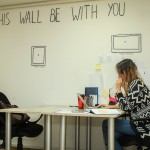 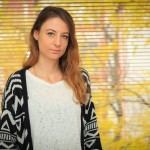 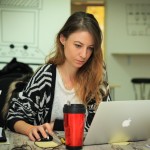 Some entrepreneurs first stumble upon their big idea after years of working in unrelated jobs. Others, like 28-year-old Daniela Miloseska, know what they want to do from an early age and are determined not to let anything distract them from achieving their ambitions. Success may not necessarily come easily for these single-minded individuals, but if their business ideas match a niche in the market then they rarely fail to make it in the end.

“My idea was to bring the fashion trends that I encountered in London and Nice back here to Skopje – not only trends in style and ways of living but also new ways of selling and enabling greater access to designer goods.”

” Daniela’s plans for the coming period are focussed on promoting further exports, creating an online campaign for social networks and other fashion media. As well as leading the way in her combination of online marketing savvy and fashion knowledge, Daniela has made her bastetnoir.com site a powerful vehicle for promoting the country in foreign markets as a source of unique and original creations. “I was looking for ways to help get my idea off the ground when some friends told me about the Self-Employment Programme,” says Daniela, “and since I was doing this all on my own I applied immediately.

The workshops really speeded up the process of starting up and the grant money I received once my plan was approved went a long way to cover the initial costs of equipping the office and the expenses involved in designing the website.” The really hard work began for Daniela in the first months after setting up the firm – the challenge of overcoming the scepticism of designers unfamiliar with online platforms for selling their products. “It was tough to win them over at first but now the site has over ten designers presenting their products and the sales are growing slowly but steadily. We’re taking one small step at a time but we’re moving forward.“